It happened again. I didn’t keep my mouth shut. I have been kicked out of one of my previous girl clubs for suggesting that high heels are a form of social slavery. I also suggested that women should stop submitting to this slavery. I assumed the fresh application of ire circling the globe over the “dress like a woman” directive would somewhat insulate me. I was wrong. I was already on thin ice with this congregation, shunned into the periphery but not yet fully expelled. This high heel hate speech cemented my exile. Apparently I am the wrong kind of feminist. Who knew there was a wrong kind?

It didn’t help that I offered supportive girl empowerment reasoning. I pointed out that high heels prevent a woman from walking and standing and moving in her full power. I offered the well-known caveat that in heels a woman cannot stride, stand, lift and carry, or change direction or speed as her body was naturally designed. This keeps her at a perpetual disadvantage. Heels force a woman to stride, stand, change direction and speed with her body forced into a sexual posture (arched spine, hips thrust back, chest thrust forward, ankles flexed into Barbie feet on tippy-toe).

Aside from the objectification of moving through life with her body positioned as if she is perpetually aroused, the mastery of moving her body in that posture over a lifetime damages body mechanics. The cumulative effect of compromised body mechanics is crippling. By restricting natural movement, adding in the element of danger (falling), and the pain/discomfort of wearing heels, women submit to enslaving their bodies in the interest of an image. That’s not powerful, empowering, or healthy, and it is not required of men.

As we have accepted the image of women in heels as sexy and preferable we have also grown accustomed to the look of a woman’s legs and body while wearing them as sexy and preferable. The look of heel-manipulated limbs, hips, and backs has slowly distorted our perception of a powerful woman. Heels and heel-manipulated bodies have become synonymous with success because successful women wear them as well. Entertainers dance in them. Politicians give speeches in them. Even professional athletes put them on for social functions. We see women who are “winning” at life in high heels. This makes heels falsely powerful.

Over time we’ve come to view the confrontation of a foot placed flat on the ground and a relaxed calf muscle as less attractive, which means less successful, and devoid of sex appeal it is also less viable. We’ve gradually accepted that a woman just can’t be a contender in government or business (positions of power) if she isn’t in heels. Even a woman’s reaction to another woman in a suit wearing flat shoes versus a woman in heels will speak volumes. No matter how smart and effective Lady Flats might be she gets downgraded to dowdy by virtue of her lack of heels while Lady Louboutin is considered fabulous and sharp even if she’s less smart or effective. We’ve enslaved each other willingly. And again, men are not forced to choose physical pain from the ground up in order to be considered powerful, effective, viable, or even attractive.

But in fairness, it isn’t just the heels. We build in similar disadvantages for ourselves any time we make it a requirement that women function as equals in any kind of tight or binding clothing, anything that feels uncomfortable or irritating, hurts the body or restricts the way it is meant to move and breathe. Fashion in general can be a form of slavery if it puts us at a disadvantage in life because it forces us to live in perpetual discomfort or dissatisfaction. It certainly doesn’t have to be this way. But we let it. This is why the “dress like a woman” directive is so dangerous. It may not chains but it is still social slavery.

I gave up heels years ago but something inside me red-lined my radical-o-meter last month when I ditched every piece of clothing that hurt my body in any way. I decided I would not do this anymore with anything. I will not live, work, or play in anything that doesn’t allow me to function in complete harmony with my body. I will not spend eight hours a day in shoes that kill my feet or any other garment that compresses or restricts my body. No more. Ever. Not for a wedding. Not for a promotion. Not for inclusion into a girl squad. Fuck your standard of beauty which is a thinly veiled standard of success and standard of empowerment. Free is better. And it is more beautiful.

I know all too well how easy it is to get over-exposed to the love your body speech and self-care doctrine to the point that it all stops working. When you take in too much of the same kind of language it runs the risk of becoming white noise. It doesn’t compel us anymore if it doesn’t challenge us anymore. We build up a tolerance. I’m a wellness blogger and even I start skimming self-care and self-love articles because after a while they all say the same thing. Sounds the same. Feels familiar. Yes, my self-loving sisters, I still agree but what else have you got for me?

Mindy Tsonas broke through this morning with the equivalent of a change-up pitch. She said, so simply, be in partnership with your body. Oof. Damn. She struck me out looking. That statement plumbed the depths of a self-hate iceberg I would have sworn I melted to a snow cone years ago. Ditching heels was a clue. Years of working my way toward wellness was a clue. The year of self-portraits was an especially well-disguised clue. Tossing the slavery clothing was another clue. It was coming. I was — is — am about to have a reckoning with the truth that if my body was my wife or a child, I would be in prison for domestic abuse. The bullshit whistle has been blown.

Be in partnership with your body. Love her. Treat her with compassion. Nurture her and most of all, listen to her.

So many years I used my body, in fact abused her, to get what I wanted. I decided with my brain alone or a brain heavily influenced by a hurting, needy heart, that I must have a given accomplishment and then forced my body into slavery toward that end. When she ached I ignored her and demanded more. When she begged for help or relief I found clever ways to circumvent her distress and drive her ever onward. When she inevitably broke I cursed her and heaped anger and resentment upon her. When she rebounded I resumed the abuse, on and on, year after year, accumulating lists and stats and streaks and titles to demonstrate my greatness. My body was a whipped servant and I was the proverbial merciless master.

She endured over four decades of beatings. I burned her. I blistered her. I bruised her. I made her bleed. I starved her. I overfed her. I wound her painfully tight. I stretched her too far. I broke both of her feet. I made her sick. I kept her sick. I forced her up out of the sickbed and out into the elements and onward even when she was desperately ill and exhausted. I verbally abused her when she failed me. I didn’t let her sleep enough. I didn’t let her recover enough. I pumped drugs into her to keep pushing her through pain and fatigue. I tortured her with ice and bindings and therapies that never let her fully heal but kept her just functional enough to serve me. I hated her for not being stronger, faster, lighter, and tougher and I never let her forget how much she disappointed me.

I ran her ragged. I battered her. I withheld proper nourishment and saturated her in poisons to dull her complaints. When she twisted, tightened, and contracted to protect herself I took her to doctors who forced her back into proper alignment so that she could continue to serve my brutish desires. When I pushed her to the point that she threatened to die I still had the audacity to feel victimized. I felt cursed by her. I felt robbed. I thought only of what I’d lose and the things on which I’d miss out, all because of her inability to be superhuman. I thought it wasn’t fair. I thought it was a cruel twist of fate. I called her defective and degenerate.

The truth hurts. I was a monster to her. She did nothing wrong. In fact, she did nothing but try to make me happy. I was cruel. I was unfair. I was unfeeling and uncaring and uncooperative. My body broke down because I broke her. I shortened her livelihood and damaged her; not the other way around. I did this all while preaching self-love, self-compassion, and self-acceptance. All while teaching yoga and blogging away on healthy lives and healthy perspectives. All while being a leader, a teacher, and a mentor. All while studying Ayurveda and mediating. All while being the right kind of feminist. 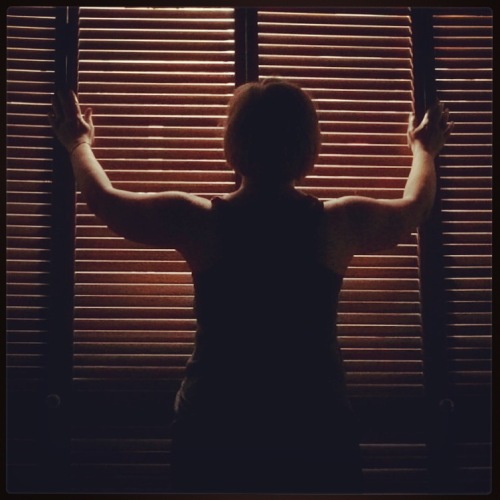 Humbled and horrified by what I have done, all I want to do now is take care of her. I want her to trust me again. Do right by her and make it up to her. Ask her to forgive me and take me back. Take responsibility for being abusive and submit to recovery. Help her believe I will protect her and treasure her. She endured the worst of my self-infliction and she’s still here, showing up, hopeful, waiting for a miracle, waiting for release and relief. She didn’t give up on me even when I didn’t love her back. She hung in there praying for a day of rescue, relief, liberation from her bondage. That day has come. The same instinct that would compel me not to let anyone else hurt her is now convicting me. I will not hurt her either.