It is Week Three of Knee Watch. I do not get the pleasure of saying I’ve rested it for three weeks, so I won’t bother lying to you. In Week One I was still in denial about the injury so I played tennis and ran a 5k on it. For Week Two and Week Three, no tennis, no running, no jumping, no hiking, no cycling. I’m getting by with yoga, Pilates, upper body and core strength training, and walking.

I drive past a Cross Fit gym every day on my way to/from work. I see the Cross Fitters out running in between sets or reps or whatever it is they do in there. I feel a stab of regret when I see them loping along.  Same with the evening runners in my neighborhood. I wonder (because that’s what runners do when they are injured — sit around and fixate on the whys and hows) if I would have survived my fall intact if I hadn’t already asked so much of my knees over the last 20 years.

Almost all running injuries are the runner’s fault. We get used to this over time because it goes with the territory. It’s just part of being a runner. (It doesn’t have to be.) We run too much too soon or simply too much. We don’t rest enough. We don’t allow adequate recovery time. We pile on mileage, get too aggressive with speedwork, add in a plethora of cross-training. We don’t let injuries heal adequately. We compete too often. All of this too much and not enough behavior will manifest as overuse injuries. No one escapes it. While sidelined we reflect on where it all went wrong (too much) and rationalize how we could have prevented it. By that point it is obviously too late.

I realize that falling on an uneven sidewalk isn’t really my fault. No one means to trip or fall. But I’ve fallen before and not done this much damage. (Ironically, every time I’ve fallen while road-running it has always been on a friggin’ sidewalk.) Some bruises, some soreness, but not a significant injury before this. What did I do differently this time? (Heavy sigh.) This time I’m older and there is more wear-and-tear than ever before, so there’s that. Which begs the question that despite all the benefits of running (about which I’ve written at length over the years), was this the inevitable result of 20 years of bad running behavior (as defined above)?

This feels like the worse injury I’ve ever had, including the stress fracture in my foot. Injuries before this always meant that I simply couldn’t run. This one makes me feel truly crippled. It has impacted everything I do, as in trouble getting around and accomplishing my basic everyday activities. It feels more serious because it impacts daily living. From trouble getting in and out of my car to negotiating the steps into my home to simply walking downhill, I am compromised. It’s hard to bend my knee enough to put on socks. This has sucked worse than not running. I cannot kneel, squat, lunge, twist, pivot, or move it past 90 degrees. Yoga sucks. Bathing sucks. Rolling over in bed sucks.

Not being able to go about my business has shaken me in that scared straight kind of way. What have I done? I’m not just too hurt to run, I’m too hurt to function. I’ve rendered myself an invalid. I’ve damaged my precious knee(s) and for what? Why? Was any of it worth crippling myself at 45? Looming on the horizon is the dreaded warning that this may never fully heal without surgery. The surgery almost always guarantees arthritis in the joint even if the knee returns to full function. Does anything I accomplished as a runner feel worth another 40 years with a broken knee, or alternatively, an arthritic knee? I’ll be honest; right now it does not feel worth it.

I can’t truthfully say that I regret running but I’m choking down a shit-ton of remorse over a lack of moderation. Degenerative conditions that leave us ripe for injury happen over time; mile after mile, year after year. So yeah, this feels like my fault just like all the other overuse injuries. And just like all the other injury-related epiphanies, it’s too late to do anything about it. I can’t undo all the damage that left my knee too tired or weak to survive a fall on the sidewalk. When all the ignorant naysayers used to warn me that I’d ruin my knees by running, they didn’t mean this way, yet they turned out to be right by default. Maybe it’s just the injury depression talking, but I hate them for that.

So pouring all this out to my trainer this morning I wondered if I even need to entertain the idea of running again. Have I asked too much of my knees? Even if I fully recover, should I risk it? Would it make better sense to hang up the running bra and salvage what’s left of my knee for a better quality of life? She patiently advised that Week Three would not be an appropriate time to answer these questions. I should revisit them again at Week Six. In the meantime, I should probably start swimming. And keep walking. And keep up the yoga and Pilates and strength training. And make no decisions about an athletic future right now. And lay off the guilt — it’s bad for the healing process.

I reckon I’m gonna have to start paying her in something besides free yoga classes.

If your hero’s love interest could invite three famous people to dinner, who would he choose? 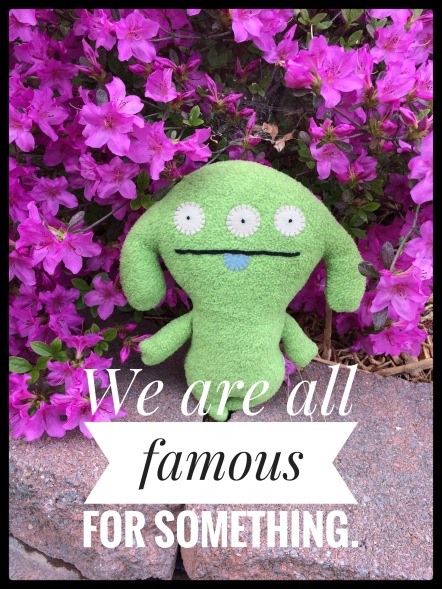