Nope. Peaco does not comply. Instead he gives you a word made of the first letters of all those other words. It’s a term used to described the tired brain syndrome unique to office workers on Friday afternoons, coined from combining the word Thoughts and a deep exhale while flopping against the back of a desk chair. For example, “She’s got a bad case of Thovs. Leave her alone.”

How much would the fictional house in your story cost in real life?

Men will now be paid 50% less than women for doing the same work. 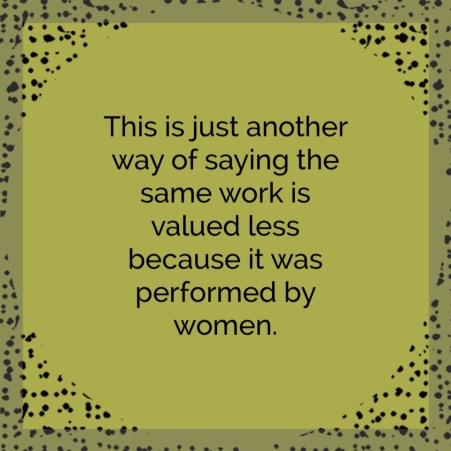 Nice try, buckaroos. Firstly, the work is NEVER the same. It never will be the same. It never has been the same. Secondly, you don’t level the field by paying ANYONE less. Thirdly, using gender as a determination of pay as opposed to the value of the work provided means you’ll pay for shitty work as long as it is performed by the preferred gender. This is stupid. Fourthly, if you value the work 50% less neither gender will want to perform it. None of this is good for business.