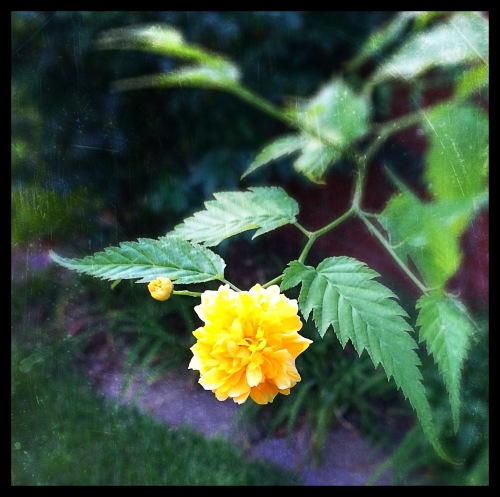 I skipped Day Two because it wasn’t much different than Day One. I did go out and get an almond milk/coconut milk blend for coffee and oatmeal but otherwise I’m still living off the food already in my kitchen. While I was shopping I took a look at all the vegan versions of animal products at the grocery but I opted out. I’m not excited about swapping one processed food for another, even if it is made of plants. No vegan “cheese.” No vegan “sour cream.” No vegan “hot dogs.” It just wasn’t appealing to me. Maybe at some point I’ll try them just to review the products but for now I’m just not interested.

It seems too early to be reporting any biological changes, doesn’t it? I know. Except it’s obviously not too early, though I would have scoffed had anyone suggested I’d notice a physical difference after 48 hours. It’s my nose. It’s like someone opened up my nose a few more degrees, or I found some extra breathing gears I didn’t know were up there. It hardly seems possible. I do not have any respiratory ailments whatsoever. Never had an issue with breathing; no asthma, no bronchial maladies of any kind, don’t even have seasonal allergies. Breathing has always been easy and effortless so it makes no sense to me that it would suddenly get better. But it is better. My nose feels more “open.” My breath feels deeper and my sense of smell is the nasal version of Dorothy landing in Oz. I can suddenly smell in technicolor.

I did not think my breathing was labored before or restricted in any way. I thought I smelled the world adequately before. I’m a yogi for heaven’s sake — breathing deeply is my thing! And yet, it’s all amped up in there like I got a respiratory tune-up. Our sense of taste is directly affected by our sense of smell, so — you guessed it — I am tasting in technicolor too. Now I understand why vegans and vegetarians aren’t suffering in a world of blandness. My taste buds just got a magic makeover. After three days? Yup; I’m surprised too. From what I can gather from researchers who’ve gone before me, this is not unusual. It is usually attributed to giving up dairy products. I’m amazed it only took a matter of days rather than weeks.

Other notable changes — the effects of caffeine and alcohol are also suddenly amplified. One cup of coffee makes me zingy, whereas I’d previously drink two or three before I felt sufficiently sassy. Alcohol is even more intense. I had half — HALF! — a Moscow Mule last night and I swear I could feel it in my hamstrings. It was like someone slipped me a muscle relaxer. I was compelled to nurse it abnormally long rather than my typical guzzle. (It’s my favorite drink.) Two drinks is usually my limit anyway but one was PLENTY for an average Friday night. Just like that, I’m a lightweight; as they say in drinking circles.

The things about which I was warned:  headaches, fatigue, constipation, moodiness during the transition. Nope. Not so far. My head did ache the first day but I blamed it on no coffee. It has only ached after that whenever I get low on calories. Energy is stable as long as I eat enough, still poopin’, and moods are good. I do have to work at it to get enough calories, so I feel like I’m eating all the time. Vegetables are low in calories so it takes more of them to meet the body’s needs. Oh darn, right? Poor baby has to eat more, right? It helps that everything tastes better, especially stuff that I previously thought had little to no flavor.

So what about eating out? We don’t do that much. Yesterday was an exception. We had a big grand opening for a local downtown revitalization project. The Chef and I are ardent supporters of revitalizing downtown, so we deviated from our typical weekly routine and attended. I expected to walk away empty-handed. This is small town southern living, folks. I did not anticipate anything more than sno-cones, barbecue, and fried chicken items. I went along to express my support anyway. I figured I’d get a coffee and shake hands and say nice things and call it a day. To my pleasant surprise the event attracted a food truck from Little Rock with vegetarian tacos on the menu.

I approached and inquired, “Are they vegan?”

The nice lady in the window replied, “They can be if we leave the cheese off.”

Sold. Grilled vegetables on fat leafy greens in soft tortillas. I got so full I went to the gym. I’ll say it again. This is just NOT the hardship I expected. Unless I haven’t gotten to the hard part yet.

The 30-Day free program continues as before. I get a daily email with good information in it. The audio clips have been replaced with YouTube videos on how to stock a vegan kitchen and how to interpret labels at the supermarket. So far so good. Can’t know too much, right?

So there you have it. Three days vegan and the biggest deal is that I can smell and taste at ninja levels, can’t handle much caffeine or liquor, and have so far been excluded from nothing. I’ll take it.