This is one of those times when I don’t have a lot to say about any one thing but a little to say about a few things. It may look like a longish post but I’ve got only a few short sentences to share on each topic. It’s like foul fowl nuggets on a dollar menu, only not fowl. Or foul (unless hairy legs and bug bites gross you out). 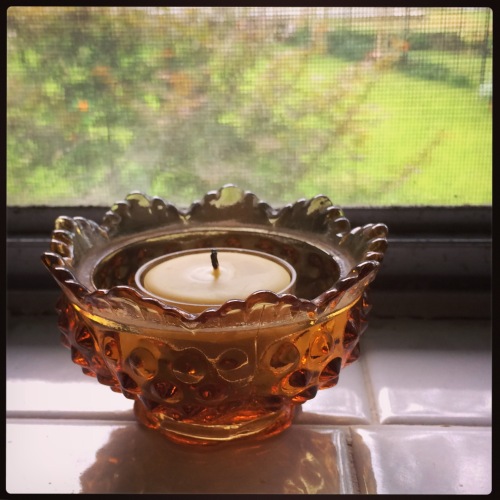 For those you who read my post on Friday about the office spider I couldn’t kill, my choice to pardon the spider was rewarded.  When I arrived at the office this morning the spider had relocated of his or her own volition. I checked all the corners and behind all the doors. I even shined a flashlight under my desk. He/she must have taken the hint and moved on to a place where the eating is better. Unless spiders are afraid of thunderstorms, in which case he or she is probably just hiding.

Either way, no one had to die.

So I suppose you must be wondering what happened to the Peaco posts. Nothing bad happened to Peaco. Those writing prompts were generated by a Twitter account. I decided to stop following that particular account. I think I mentioned before that the account is maintained by a user (or users) in South Africa. I used it mostly as a placeholder; when my scroll reached the daily writing prompt from South Africa (posted while I slept), I knew I’d reached the beginning of that day’s news.

Although the majority of the content is/was all about writing, literature, grammar, humor, and all the things writers do with the time they don’t spend writing, some of it was political. Specifically, an increasing amount of it related to politics in South Africa. I’m not suggesting that I shouldn’t be interested or concerned about the politics in South Africa. But the thing is, I’m American. America now has the worst political profile on the globe. I’ve got enough daily political angst with which to wrestle, especially via Twitter. My plate is full. My plate is overfull. I had to say When.

I’m sending love and light to my fellow writers in South Africa, but in the interest of wellness I can only digest so much per day.  The point of using the prompts to play with Peaco was to create fun in my daily/weekly practice. Politics is particularly unfun right now. I haven’t found another way to involve Peaco yet. I kept thinking I’d think of something ( ← you see what I did there?). I haven’t. Peaco waits for inspiration to strike but I’m not going to force it. As with all things, I’ll know when it’s right.

It is Day 26 of the Grand Vegan Experiment. A lady at the gym noticed I’ve lost weight. She asked if I took measurements at the beginning of the 30 Day Challenge. I did not, mostly because I didn’t do this to lose weight. However, I did take measurements back in May because it’s important to keep the Stitch Fix profile updated. When you only get to buy clothes four times a year you damn sure want them fit when they arrive. To answer her question I went home from the gym and measured against May’s numbers. I’ve lost an inch around the waist and half an inch around the hips.

And this week I’ve also come to understand why there are fat vegans. The Chef came home from one of his baseball meetings this weekend with tons of leftover snacks. I assumed I’d have to give away all or most of it. Reading the labels on brand name snacks I was stunned to discover how much junk food is vegan. Potato chips, snack crackers, cookies, granola candy bars, pudding cups, corn chips, and of course, canned soda; all technically vegan. And for that matter, the vegan versions of meat and dairy items are often no lower in calories, fat, refined sugars, preservatives, and highly processed ingredients than the animal-based versions. Vegan junk does not necessarily mean healthful or healthy junk. It’s still gotta be whole foods to be a healthier choice. This was an eye-opener for me.

I’m going back. Well, let me rephrase. I’m going to try going back. It has been almost 60 days since I stopped shaving my legs. Just to be clear, not one person has made fun of me, questioned me, or reacted negatively. My spouse has neither complained nor acted repulsed. He still denies that it bothers him at all. I’ve continued wearing skirts and dresses the majority of the time. I’ve tried very hard to embrace it, and while I certainly have opened my mind and my heart to all aspects of this practice, I’m not going to lie. I’d still prefer to return to hairless legs, and not because it’s a beauty standard. Now that I’ve gotten them good and hairy and lived with it, I truly do prefer them smooth and pale as the full moon.

It has been suggested to me that the skin condition which required a cessation of leg-shaving might have been food-related. While hiking last week I was absolutely devoured by some beasts called chiggers, plus the usual round of tick bites and mosquito bites. Insect bites of any kind usually trigger all hell to break loose with unsexy eczema. Not this time. I’m covered in bites from ankle to neck and there has been no skin response other than the itchy bites themselves. When I say devoured I am not exaggerating. I have 34 bites on my left leg alone but no skin eruptions. This shouldn’t be. My legs should be weeping. By now I should be covered in the crusty red version of greyscale from Game of Thrones, only instead of turning to stone it becomes leather.

I went hiking again yesterday but it rained so hard nothing could have survived long enough to bite me. It was quite literally the first time I ever came home from hiking cleaner than when I started. So I’ve given the gams two months to heal and three weeks to be purged of any possible animal allergens or irritants. I’m shearing them to see what will happen. Tonight the fur shall fly. If I’m making a huge mistake it will be obvious. If not, it can be assumed I discovered yet another positive side effect of the GVE and healed myself with vegetables. I really just love saying it.

Okay then, that gets us all caught up. These were all just random photos from Instagram over the last two weeks — not necessarily related. Except that I took them. Be well, friends.