This is it — Day 30 — the Challenge is officially finished today. I did it. This will be the last post on the topic unless something new happens that needs to be shared. Should you ever decide to try this yourself, these are my final takeaways and insights:

It was much easier than I thought it would be. It helped that I did not eat out in any restaurants or order take-out during the 30 Day Challenge. I did get vegan tacos from a food truck as a happy accident but other than that I cooked all my own food at home for the full 30 days. There is not a doubt in my mind that this eliminated a bunch of social pressure while I was getting my feet under me. I didn’t plan it that way but I highly recommend it as a default way to make the experience easier.

It got me cooking again. Remember my post on sacred nourishment? It also got me cooking within a wider variety of ethnic/regional cuisines than before. My previous repertoire was limited to home-style American standards and a few Mexican dishes I learned while living in the Southwest. Now I’m cooking Indian, African, Korean, Japanese, and a whole bunch of European stuff. I am NOT living on salads and pasta primavera.

Much less food is wasted in my household now. Like whoa. I’m amazed at this. There are a thousand ways to use extra cilantro. Or a quarter of an onion. Or leftover rice. The few things that don’t get consumed before they wilt now get composted. So it got me composting as well.  Good for my conscience, good for my garden.

I reduced in mass. Final measurements show several inches lost. There doesn’t seem to be a standard accepted ratio for how many pounds are lost when inches are lost, so I’m not going to bother speculating. I lost weight.

I’m still married. I initially volunteered for cooking at home to take the pressure off my carnivore spouse. You remember he’s a chef, right? He has enjoyed the break after ten years of slinging hash for me. I still don’t make separate meals. The Chef eats vegan with me several nights per week by choice. He’s even taught me a few things (bonus!). When he wants meat he gets it. When he wants to cook something non-vegan he makes extra vegetables for me. We are not trying to change each other. It’s working.

Health issues improved. Upper GI pain and heartburn are gone, gone, gone. Sleep is improved. Good moods feel easy. Skin is soft and eczema-free. Vision is improved — you know all that grey hair I claimed I didn’t have? Yeah, I just couldn’t see it. Blood pressure is superb. Heart is happy and stable (no arrhythmia).

I still haven’t missed anything I stopped eating. No cravings. No temptations. No regrets. As I said before, when you want to give it up it doesn’t feel like a sacrifice.

I am still strong and active. Contrary to all the vegan-phobic predictions I did not become weak, lethargic, frail, sickly, anemic, malnourished, brittle, toxic, infertile, frigid, mentally incompetent, violently angry, narrow-minded, or unable to exercise. I did not get osteoporosis, rickets, or kidney failure. If anything, I feel stronger than before. I have more energy and vigor than before. My physical activities have not been diminished in any capacity.

I’ve saved money. This one was a mind-blower. I always believed the opposite — that this lifestyle was more expensive. Wrong, wrong, wrong. Whole foods cooked at home are far less expensive, yield more meals (we love leftovers), and stretch further as staples for multiple uses. Dry goods in bulk are cheap, y’all. Vegetables in season are cheap. With a chef’s pantry already stocked with spices and a garden full of herbs, I’ve got most of the expensive stuff on hand. The Chef still does all the grocery shopping (from my meticulous lists) and he agrees our food costs dropped significantly over the last 30 days. Again, the key is to stay away from prepared and processed foods, even the vegan stuff.

Specific to the Challenge program, the daily emails were definitely helpful all the way through to the end. They were free and they were enough. I did not buy any of the books or programs pitched to me during the challenge. I did not subscribe to the program creator’s blog (can’t get the premium content without paying for it). I did not buy any of the stuff for sale on the website. I still did fine. Better than fine.

The Challenge support group was helpful in the beginning. I don’t personally know any other vegans; certainly none locally. I learned from veteran vegans willing to share their perspectives. I got exposed to the philosophical side of veganism. I did ask a few questions and I did interact with a few folks. However, I quit the group on Day 27. It was a Facebook group. I was planning to say goodbye after the 30-day mark anyway but I was compelled to bail out early.

One of the admins posted an essay which included the declaration that people can’t just wake up one day and decide to change their characters. Bullshit. I can. I have. I will. The force which compels someone to change might be a tiny spark which builds gradually over time to a final showdown or it might come in a lightning strike which immediately changes our paths, direction, motivation, etc. Maybe it was just a poor choice of words, but can’t is a trigger word for me. Telling me I can’t is not the way to support me. I don’t think it’s an effective way to support anyone. I left silently with no fuss. I was gonna leave today anyway, so no harm done.

Okay then, negatives, downsides, potholes, thorny issues? None for me personally. I don’t have children or picky eaters at home. I don’t have a gaggle of girlfriends to placate. My family didn’t freak. The one friend I told has been supportive. The one co-worker I told was supportive. So far all the jokes have been good-natured. All my stuff is in pretty good shape so I haven’t had to replace things like leather shoes, down pillows, etc. with vegan-friendly goods yet. There has been no personal suffering or deprivation any kind.

The only downside that I feel I must mention is the assumption that I want to watch documentaries with violent cruelty to animals to reinforce my decision to remain vegan. Under no circumstances am I interested in watching animal torture, animal abuse, or animal slaughter in order to traumatize myself into staying vegan. One of the good reasons to get out of the support group was to stop receiving these recommendations.

I fully understand that for some people it might take such an extreme to compel them to rethink their choices. For me it would be unnecessary anguish and horror. Some people won’t accept certain realities (or won’t believe) without the kind of visceral confrontation only hidden cameras can deliver. I get it, but I’m not one of those people and I’ve already made up my mind. I don’t need to watch horrible acts of child abuse or elder abuse to feel validated in opposing those abuses or the abusers. I don’t see the value in deliberately exposing myself to graphic violence against animals at this point either. I already know how I feel about it. I’ve already decided to be one less part of the problem. 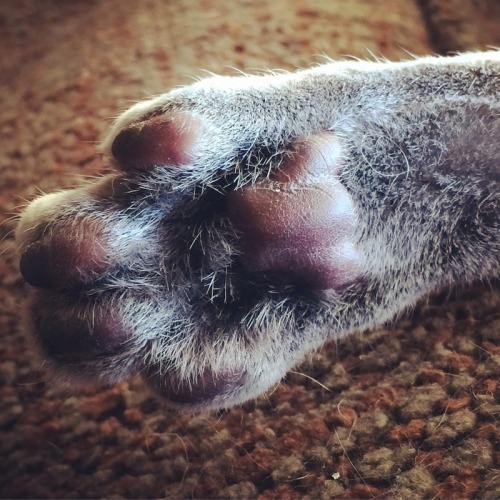 Thanks for hanging in with me over the past month. If you’ve been waiting patiently for all this vegan blabber to end, welcome to the end. If you’ve enjoyed it, I appreciate your interest. I’m off to cuddle my carnivore pets and kumba my ya. Have a great weekend.