Deep breath. (You take one too.) There’s really no way other way to say it. I’ve reached a crossroads. I want to write about an experience from yesterday that I cannot explain in terms that will be received as rational. Once I do this I will have crossed over into what I call Writing Neverland. Being respectful of those who have already crossed over, it’s the point at which bloggers lose a certain amount of credibility with the general public because they begin writing about mystical experiences, otherworldly things, realms and times and guides and spiritual awakenings that may be very real to them but will brand them forever-after as kookoo, woowoo, way out there, fantasy fiction writers, etc. You know, one of Those People. I hear it described as “a lovely writer who went too far and lost it, and now she writes about imaginary kooky things.”

You get the idea. I’ve seen this happen myself. Readers start following a brilliant blogger with great interest until one day she or he has one of these experiences and writes about it and then gradually the writing becomes hard to believe and hard to follow. Maybe not because none of it is true, but because the writer’s previous audience can’t relate. Even if the writing itself continues to be glorious the readers begin to detach rather than wrestle with the belief that the writer communes with fairies or spirits or becomes an oracle or messenger or receives gifts of prophecy or special sight. In some cases the writer simply changes religions abruptly and suddenly can’t write about anything else except the world’s doom. The writer morphs into someone else via the writing and the previous reader says, “This is not for me.”

Ahem. I worry that after I write today’s post I will be considered a Morph, except that this is only one experience and I have no way to predict whether there will be more, other than it seemed to be triggered by yoga, and I will definitely do more yoga. Every yogi can name something within the physical practice that she hates; twists, inversions, arm balances, backbends, whatever. All yogis resist something. For me, I don’t like binds, even the binds I can do with ease. For 20 years I’ve never liked them. I do them anyway but I don’t like them. With or without a strap or other props, it doesn’t matter. I do not like them, Sam I am. I won’t even close my arms overhead for more than a second or two because it binds the shoulders. Once I joked while on the mat, silently and to myself, that I must have been bound against my will in a previous life. 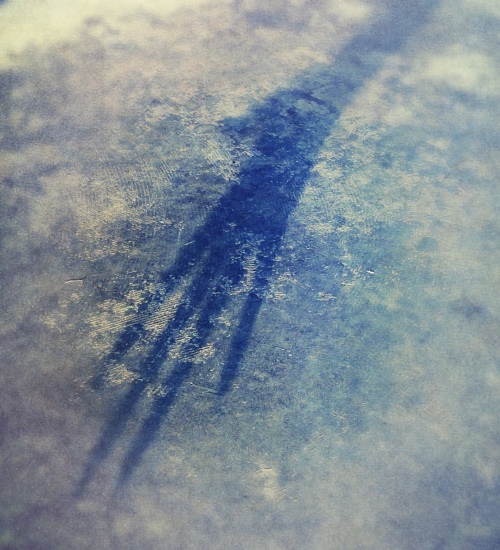 I don’t think it’s a joke anymore, and it’s woowoo. It’s out there. I channeled something or had a vision or triggered a memory from a past life or something illogical and irrational. I don’t even know if it was me. Maybe it was someone else, I don’t know. Can’t explain it. I’ll set the scene so you’ll believe it was just a routine practice on an average unremarkable day with lots of sameness. I was home alone (The Chef was working). It was mid-morning on a typical Saturday. I had coffee and leftover rice for breakfast. I was following an online class taught by a teacher with whom I practice all the time. The teacher was not asking for any binds, but she did ask for Bow Pose (Dhanurasana). Bow Pose looks like this:

I like this pose. I’ve always liked it. I’m good at backbends. It is a sort of bind but it is such a deep backbend that I rarely focus on that aspect  of the pose. I look forward to this pose. In fact, I used to have a small yoga statue/figurine in this pose. I’ve posted yoga selfies in this pose.  I’ve taught this pose in public and private classes with no reservations. Happy happy joy joy.

This time, as soon as I lowered myself down onto my belly and reached for my ankles, my breath sped up to a pant. This labored breathing was drastically out of proportion to the effort. Something felt very wrong. I felt panic and dread. I didn’t even lift up into the full pose. The class moved on without me. I lingered in the prep position trying to figure it out. I stayed face-down on the mat with my ankles in my hands and had what I guess was a memory or vision of someone, female, hog-tied, lying on the floor in the dark, locked in a shed, waiting for worse. I don’t know if it was me or not (she looked like a younger me) but my instinct in the moment was to talk to her. Out loud. So I did.

I didn’t think about it being crazy. I didn’t stop analyze it; I just followed the instinct. I held my position, eyes closed so I could see her, and told her over and over, “I am here with you.” I kept repeating it. I said other things as well as the minutes went by but I kept coming back to, “I am with you.” Don’t know why. When I shifted back to real-time the class had moved on to reclining on rolled-up blankets to open the chest and release the shoulders. I followed along. As I settled down onto my blankets a tidal wave of weeping came with it. I truly believe, all the way down, that this was not my own grief or anguish, at least not in/of this life. It seemed to be someone else’s release — that girl in the shed, I suppose. I swear it was like she was crying though me. I let her cry until Savasana, which I held in a fetal position under a blanket. And then I was completely fine. Poof! It was gone. No lingering anything. No emotional whiplash. I just clicked back into regular Mercy mode, no fuss no muss.

Yep. I know how this sounds. All I can offer is that it felt real to me. I’ve gone out there. Kookoo, woowoo, I know. My day moved on without further incident. Cleaned the bathrooms, watched Netflix, ran some errands, took the dog to the park, late afternoon photography, helped The Chef with dinner, cocktails on the sofa to finish Season 8 of Curb Your Enthusiasm; typical Saturday night. Nothing else happened. I slept on it. Didn’t dream about it. Woke up today and knew I’d write about it. Woke up today and still believe it really happened even though I don’t understand it.

If that girl wasn’t me I must be connected to her in some way. If she was me I’m cool with that too. I made sure to tell her she got free and got safe, just in case. Either way, she must be the reason I don’t like to be bound in this incarnation. And this is really the kicker; it’s such a pragmatic knowing. It doesn’t feel mystical or magical. It feels practical and sensible. If anything I feel less emotion attached to this rather than more. When you know something, you simply know it in that no-nonsense, you betcha, non-hysterical certainty which does not invite internal debate. It happened, case closed — that’s how it feels. I think it happened in Bow Pose because it was going to happen in a bind and this is a bind I approach with non-resistance. Feels completely reasonable.

And you remember the old adage, be care what you wish for? Preposition notwithstanding. I told the Universe six months ago, out loud in strident voice, in a heated conversation with another spiritually frustrated lady, Universe, I am a willing vessel. Use me. No joke, I literally said those exact words. I said it to illustrate a point about fulfillment and waiting for an opportunity to be of service to the world with my — ahem — gifts. And then this happened. No freakin’ joke. So there you have it; Mercy crosses over.

I’m curious about it but there is no Hollywood-esque flim-flam going on; no otherwordly special effects, if you will. Perhaps that helps me trust it more. I doubt I’d freak out if it happened again because there is/was nothing scary or spooky about it. But I completely understand if you don’t want to read here anymore. You’ll understand why I won’t be calling it Writing Neverland anymore, because I can’t claim never anymore. I’ve been to DefinitelyLand. I write my truth as a wellness practice. Like one of Those People. If that girl in the shed needs a voice, I will be her People. If her energy needs an outlet, I will be her Channel. If she is long-ago Me, I will be her Fairy Godmother. I will call the yoga Magic. I will call the insight Sacred. I will call the healing a Phenomenon. I will call the documentation a Revelation.

You can go now.