The turning of pages generates frags. I turned to a new week and new month on Sunday, so new frags were torn away in the turning. ← Oh, that sounded Pink Floydian, did it not? For the turning of March into April the sentiment given is:

For the turning of Week 13 into Week 14, the sentiment given is:

For the extra journal page which accompanied this week’s pages, the sentiment given is: 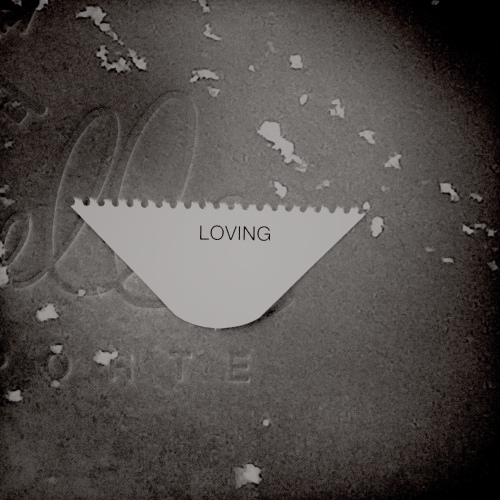 And since Loving was a double-sided frag:

These feel like members of an all-girl harmonic group from the 1950s like The Shirelles, The Marvelettes, Martha and the Vandellas, or The Ronettes.

Yes, I realize some of the groups I named only have three girls in them. Save yourself an email.

Laugh if you will but imagine moving through the week with a girl group singing the soundtrack as you’re rolling into work, solving problems, windows down on the highway, gettin’ shit done, taking care of people and things, working out, getting dressed, all things you do day in and day out. Making the mundane feel Charmed, the routine feel Luxurious, the unremarkable feel Vivacious, and the practical feel Loving.