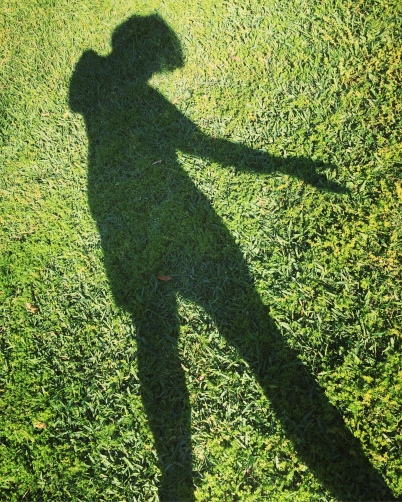 Imagine you have long hair. Girl or boy, doesn’t matter. Long hair, no bangs. Boys and girls alike wear their hair this way. Imagine that by May the daily temperatures where you live are already above 90 degrees. You try to wear a ponytail. Or a bun. Or a man-bun. Or tuck it up in a giant clip. Or a braid. But each time you do this you end up with a horrid headache within an hour or two. As soon as you release the hair, the headache eases.

Maybe you figure you’re just not used to it or you’re wearing it too tight, too high, too squeezy, whatever, so you keep trying. You keep putting it up but with each attempt the headache comes on faster each time until finally you immediately get a headache each time you try. You try it loose. You try it messy. You try a French twist. You try smaller clips, bigger clips, three or four different kinds of bands. Nothing helps and everything hurts. It’s not that anything is too tight, it’s that anything tugging on your scalp brings on a pounding skull. Turns out there’s a name for this. It’s a thing. It’s a nerve-related medical condition. It’s called allodynia.

Nerves in the scalp are stimulated by the tug of a ponytail or any similar attempt to pull the hair up or back. Straight fine hair is the strongest type of hair, so although the hair itself can withstand the pulling, lifting, and clamping action, with allodynia, the scalp cannot. The constant tug of hair bondage over-sensitizes the nerves in the scalp and produces pain similar to a migraine headache. Trying to get used to it only makes it worse. The repetition of tries only sensitizes the nerves further, leading to immediate pain as soon as the hair is clipped or bound. I had no idea this situation existed in the universe until now. My hair’s been too short for this discovery until now. My scalp is now so freakin’ sensitive you might as well call it hysterical. But wait, there’s more.

All these months I’ve been growing my hair to my shoulders weren’t exactly for nothing. I mean, I did learn about allodynia, so there’s that. But as for putting it up or pulling it back to go for a run, work in the yard, work in the heat, practice yoga, or work in an office with people who won’t let you use the air conditioner, forget about it. The low-cost homeopathic non-medication treatment for allodynia is Don’t Do That.  So it’s back to the choppy bob. It’s back to the choppy bob I cut myself which I’ve also learned is called the Bisexual Bob. Another thing I wouldn’t have otherwise known without this hair odyssey. I may have failed at Barbie hair through no fault of my own but I accidentally nailed queer hair all on my own.

Yes, I checked. There is a queer Barbie. She doesn’t have a bob but her girlfriend does. There is also a queer Ken. More things I didn’t know.

But seriously, from what I am told, the choppy bob with a side part and angled bangs is the haircut of choice for many bisexual women. I was just trying to save some money — a lot of money — and look what happened. My scalp is oversensitive and my hair is bisexual. A friend says my head was screaming for the truth to come out. She thought I didn’t get it (I did get it) so she followed up with maybe my head was screaming to come out. Which would make the result a Freudian slip of the scissors. And according to my friend, all you have to do to come out is say so, so I’ve outed my hair. And I’m so gay for my hair, especially since I made it bisexual by accident, which really means by MAGIC, so I guess I’m out too, and now my hair and I can have pride.

And I don’t mean to be disrespectful.

And I’m not joking.

And yes, because I know you’re writhing around in discomfort over this, it is completely ludicrous that a hairstyle can be considered gay, bi, or otherwise because it insinuates that gay, bi, or people who identify otherwise only look like one thing or only present themselves one way. It’s about as stupid as saying straight people have a dead-giveaway hairstyle. What does heterosexual hair look like? If I’ve got the Bisexual Bob, which bob is the Heterosexual Bob? I am admittedly new to this but come on, folks, there are scads of gay, bi, and otherwise ladies walking around with no bobs at all, many of whom couldn’t possibly have their sexuality identified by their hair. Or their fingernails, which is apparently another indicator. Or their shoes. And since bisexual means both, this is really no help at all if you’re trying to size up someone’s style to figure out who her sexual partners might be.

And while I do realize that realize that some members of the out-and-proud LGBTQ community do use hairstyles to express themselves to each other and to the world at large, hairstyles are still fashion, which means they change, shift, evolve, and cycle. That’s what fashion does. It moves in trends. Do we now have to be cognizant of which sexual identity or gender statement we mean to express before we cut, grow, or style our hair so we don’t send the wrong message? Or inadvertently send the right one? Girl (or boy), ain’t nobody got time for that. We’ve got flags for that now and my head is hysterical enough without checking the manual every time I reach for a barrette.

I will say this though. If the signature bisexual hairstyle cycles around to the ponytail, I’m screwed.