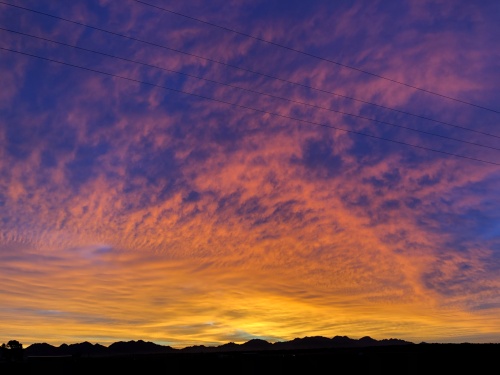 I love it when I take the time to write something longhand on paper and long afterward I turn to a blank page to find the imprint of the words from the former page. The ghost of my words pressed into the page from beyond the page. Magic mention of former thoughts. Evidence that I was here after I’ve moved on and taken my tangible with me.

Remember the scene in The Big Lebowski with the notepad revealing the cock and balls? It’s funny but it’s also prophetic. We just found a page which reveals what condition his condition was in.

Does anyone but me think of paper as an ultra-thin slice of tree? Writing upon it is really engraving it, isn’t it? I engraved it twice, didn’t I? Once with the words and again with the force of my weight. The ghost page holding the energy I transmitted from brain to arm to hand in the loop and line of my script. My scrawl. My scribe.

Here’s where the pressure of delivering my words was so intense I scarred the tree. Here’s where it was light, as if I was painting. Here’s where I bled through. Here’s where I left space open. A pause. A fevered correction. A hard point. A slant where my mood changed.

It makes a case for giving the keyboard a rest and doing it the old-fashioned way.

A long time ago I read a story about a woman who solved a murder mystery by looking at the underside of an unfinished quilt in the murdered man’s home. She could see the emotions of his quilting wife by examining the stitches. Feelings influenced the size of the stitches, the spacing, the evenness of the line, the mistakes pulled out and re-stitched, the puckers created by pull and pressure on the thread. The way the handwork changed as the quilter moved closer to the act, committed the act, and coped with the act. The way the quilter went back and reworked it to cover the act. All translated by someone whose own emotions had been written in stitches and were therefore rendered in a familiar language.

Was this a Poe story? Google doesn’t think so but I get a Poe feeling when I remember it. The ghost of a crime in cotton.

Ghosts of experiences. Sometimes when I stand in diagonal light while wearing glasses I think I’m seeing a ghost but I realize it’s the shine of my eyes reflected on the inside of my lens. Just the glint of eyeball juice on the underside of a surface I’m meant to ignore. I’ve trained my eyes not to see the lenses but to see through them. Don’t look, overlook. But then occasionally a patch of funky light will show me my eye. That’s still a ghost. The ghost of my willful suspension of focus.

I’ll call a dirty shoe print, especially one with distinctive soil, the ghost of my last run. The Chef will tell me no; it’s just the mud or sand I tracked in on my shoes. It’s still a ghost. The fact that we can reduce something to just a thing doesn’t mean it’s still not a ghost. A rock clinging to the tread of my hiking boot is a place that doesn’t want to let me go. The ghost of a hike that wouldn’t end. Lint or fuzz clinging to me is clothing or bedding that wants me back. Ghosts all; of living, dreaming, experiences.

Paper cuts are trees fighting back. It doesn’t seem possible that I’m the only person who believes this. Burn your finger while cooking? Fire that wants to be free. Static electricity is tension you sent away coming back to you for discharge. Wine stain? Grapes who didn’t want to go in. Conspired together to jump for it. Ghosts of a rebellion.

Most people lament snags on a knitted sweater. I applaud the yarn for trying so hard to be more than a sweater. Ghost of a transcendent ambition.

Do you know why we always find goldfish crackers on the floor? The crackers are trying to figure out why we make them into fish shapes but never release them into liquid. Makes no sense. They go from dry box to crushed between teeth. They never get to swim before they are broken apart. See ’em on the floor? They are down there looking for a drain. Ghosts of an identity crisis.

This is how I survive every day as a creative soul in a corporate occupation. Every Thing is part of a story. The photos in this post were taken by my cousin. First I lived in Maryland. When I moved away he moved to Maryland. First I lived in Arizona. When I moved away he moved to Arizona. He sends me snapshots of places I used to occupy. He sent these this morning. Ghosts of familiar horizons. Suns that once rose in my eyes. Long before I wore glasses.