Well, it is over. They are over; the holidays. I broke character this year and made a strong effort to complain less and be more flexible. I tried to actually enjoy it all. You noticed. I did stuff. I participated. I let shit go. I was less Scroogey McScroogepants than usual. But in the end it is/was all still too much. It’s just too much. I’m gassed. Tanked. I was pleasant but please, I don’t want anyone to ask me to do anything to celebrate the new year. I need a rest, not another party.

The irony, though. I really, really tried this year to be cheerful and positive yet the end result is the same as years I raged and hissed and spat. I suppose the only difference is that everyone else enjoyed being around me more than in years past. But still, other than some satisfaction that I wasn’t a bitch to everyone I still feel drained from all the too muchness. All my efforts to be Merry Mercy did nothing to alleviate or moderate the overwhelm. I still ended up in the same place feeling the same way. And now I’m supposed to party all night long. I’ll pass. I’ve got a bunch of yawning to do.

And the day after the party? Still no break! The typical American focus on a new year is not rest from everything we’ve all just endured but more projects, instant change, new discipline, and passionate resolve. Better! More! Bigger! Grind–slay–crush! Ten, nine, eight, seven … How the hell are we supposed to summon up passionate resolve when we are so tapped from everything we just did which apparently wasn’t good enough? I mean, damn.

Maybe Scroogey McScroogepants is showing up after all. Or I’m just tired, like I said. But I’m done saying it. There is only one task left for the year; the work release for December. Ready yourself for just the highlights ’cause that’s all I’ve got.

I took a guest to church in December. No, I didn’t recruit anyone. She asked to tag along out of curiosity. Why would I say no? And she was pregnant, so technically I took two guests. She said the baby earthling kicked and cavorted during the music service. We wondered if he was dancing or protesting in there. I was greatly amused at the possibility of either scenario. Was it Hey, shut up! Cut it out. I’m trying to develop in here!  Or was it Hell yeah, this is my jam.

The congregation asked me to perform a reading during the service. I agreed. I had to borrow a bible to do it though. I borrowed one of The Chef’s family bibles. While thumbing through it to find the assigned passages I found old leaflets from a local church brimming with anti-gay hate speech. The family member who owned the bible saved it along with other assorted bulletins and religious articles. I took her bible with me to church and performed my reading with it; hateful propaganda still tucked away where she left it. Everyone says she was a super nice lady but I am not the least bit sorry this probably made her uncomfortable wherever she may be in the afterlife. 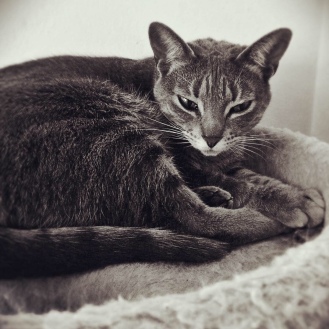 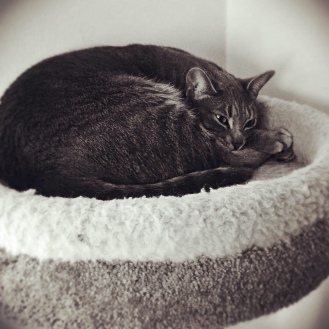 I finished reading The River Widow and True Places.

For creative gratification I took all the photos in this post and all the others you saw throughout the month.

I watched the documentary Feminists: What Were They Thinking?

A new addition to the physical practice this month was a recumbent bike. I accepted it from my work wife. All I had to do was haul it away. She gave it to me for free after she received a gym membership as a Christmas gift. I tucked it into a quiet corner of my office and hop aboard for sweaty cycles that were previously treadmill runs. Much more enjoyable than a treadmill run, I assure you.

And since it’s the magnetic kind, it is whisper quiet. I can cycle away without disturbing anyone who might be sleeping, studying, listening/watching something elsewhere in the house. Impossible with a treadmill.

I made it through another holiday season without going into debt. 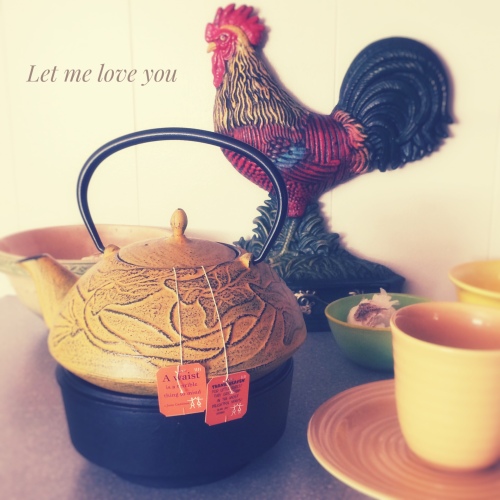 I chose my Word of the Year. It was revealed in the post immediately preceding this one.

I made resolutions. I worked on them during the month of December so I’d have them ready to deploy in 2019. I’d like to change my conversations. Instead of asking others to change how they converse with me I’m going to initiate the change myself.

Resolution #1:  I’m done talking about the weather. For real. For at least the coming year I’m not discussing the weather anymore; not even as small talk.

Resolution #2:  I’m done volunteering the information that I’m vegan. I’ll answer direct questions about it, of course. I still want to educate and illuminate. I’m not hiding anything but I’m no longer bringing it up just for the hell of it.

Resolution #3:  I’m done discussing my appearance or anyone else’s appearance for anything other than a practical reason. If it’s not necessary it’s not happening.