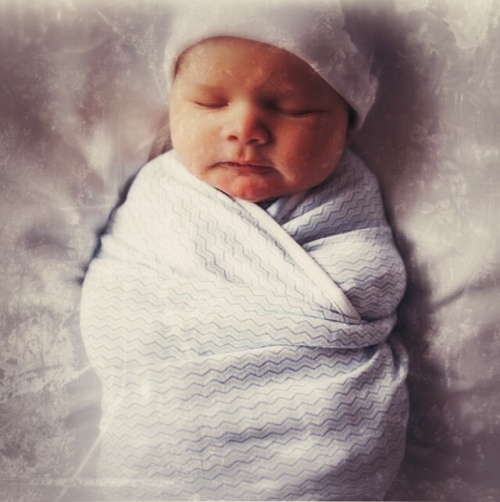 Folks keep asking me what it’s like now; having a grand cub, being a grandmother. It’s only been a little over a week. I don’t think I’m very good at the goo-goo ga-ga stuff so far.

But as for me, what it’s like for me? It’s rather bitchy.  I’m rather bitchy. I didn’t think I would be so irritable about the questions and comments but so far this is my truth. For instance, I got pissy when it was suggested that the cub is a Good Baby because he doesn’t cry much. I take umbrage with the implication that babies who cry are Bad Babies. That’s fucked up, y’all. He’s only a week old and we are already deciding whether he is good or bad. At being a baby? Or intrinsically good or bad as a human being? For crying. Or not crying. “Oh, so he’s a good baby!” I didn’t punch the well-meaning adult who said this but I admit I wanted go off when this was said. What an asshole thing to say about a baby.

I get it that she was trying to give the cub a compliment but I felt a gut-level revulsion at this classification of the cub (of all cubs). Crying is his only goddamn skill at this point. I mean, at a week old crying is the only thing a baby can do but he’s bad for doing it? Good if he doesn’t do it? And then of course, I received a comparison of which of her babies was good and which one was bad. And I flashed back to memories of listening to my own parent say I was a Good Baby but since my little sister cried all the time she was a Bad Baby. My sister heard this too. What a treat for her to know she was bad from the jump.

When the cub is old enough to understand such things I plan to counsel him that there is no such thing as bad babies. And the rest of you assholes who go around grading infant humans as bad for expressing their needs through the only means of communication available to them? That’s a shitty thing to say about any baby. Infant crying simply means I need something. Babies are not bad for needing things or needing them more often than you find convenient. But asserting it is good for babies not to need things or not need them very often? Fuck off. All infants are helpless. Grading helpless life-forms on how often they communicate their helplessness is bad adult behavior, so stop blaming the babies.

I also hate the swaddle. I understand swaddling. It has been explained to me. I’ve read the research. I know some babies need it. I’m still not a fan. And since the cub sleeps and soothes fine without it, I let him stretch and kick all he wants. Every chance I get I loosen his baby bonds. The photographer swaddled him for his glamour shots (see above) and while everyone else is cooing and clucking about his face I am staring at the rest of him in dismay, wanting to free him from his restrictive swaddle. The bundle of his bound body bothers me. Let him go! I’m screaming internally. Free the cub!

I have to wonder if this a sign of things to come in terms of my grandparent-hood.

No baby straitjackets. No baby grades.  No interest at all in what you did with your babies by comparison because it is way too early in his life for comparisons, isn’t it? I’m already saturated with these baby management stories from the past experience of every other kind of parent on the planet. I mean, at one week old can’t the child just peacefully exist without being compared to every other baby (specifically yours) that ever lived? Get off him, for cub’s sake. Just let him be. His existence means nothing about your babies.

And don’t get me started on the topic of spoiling him. Not only do I not need to be coached in spoiling, I find this concept irritating as well. Because of course I do. (sigh)

I feel like I’m doing grandmother wrong. I feel non-compliant. Maybe this grandmother thing takes more practice. Or maybe it’s just that you don’t stop being a bitch when you become a grandmother. I suppose this might still come in handy to the cub at some point though. Someday he might need a bitch on his team. I’ll be ready.