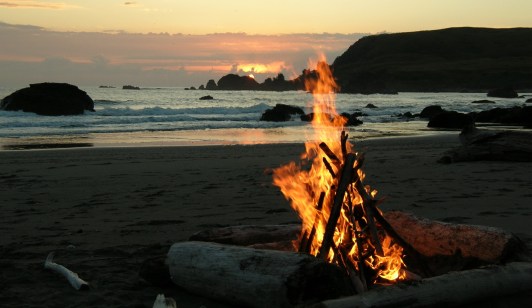 I realized today I missed an opportunity to tell a unique How We Met Story when I neglected to make friends with the man who spit on me. I had the nerve to stand there in the ankle deep angst of awkward silence after the initial exchange. I did not, however, have the wherewithal to take advantage of a beginning I would likely never have again.

It sounds like dialogue written for the Cool Girl character in an Indie film. After the spit. After my reaction. After he realizes what he’s done. The pause …

… and then I’d say, “Well now we are going to have to be friends so we will have a truly great and untoppable How We Met Story.” And he would chuckle and stare, unsure if I am being serious or not. I would grin a 7 out of 10 grin in case he figured out I was indeed serious but did not find me clever. You know, so I could still pretend I wasn’t trying to be providing I wasn’t too enthusiastic about it.

But the irony; a guy who has just spit upon a woman on the sidewalk at a busy intersection judging the spitee to be unclever? Spitting on someone eclipses all failed attempts at cleverness. It eclipses all attempts at everything.

And since she’s been charitable enough to be spat upon, to forgive the spitting, and offer a joke or clever suggestion while using her bare hand to wipe the spittle from her arm, he can be charitable enough to either laugh at the joke or admire her cleverness. Unless, of course, his character wasn’t written that way.

But I didn’t think of it until today, the clever suggestion. The spitting incident happened twelve years ago and I never saw the guy again. He ended up jaywalking to get away from me after standing in the aforementioned awkwardness waiting for the light to change. Because I was nice about it. It was an accident and I was nice about it. And he couldn’t stand it so he ran away.

And I do have the Running Away From My Kindness Story left from it but I still say the How We Met Story would be better. Imagine if we’d become friends. Lives intersecting at an honest-to-goodness intersection. Maybe he’d say something awful but honest as an apology like you do in Indie films. And we’d have nothing in common like you do in Indie films. But some mutual friend character written with unlikely third-party objectivity would say people who meet like we met couldn’t be on the planet at the same time in the same place and not be friends.

And so we’d have to be, in spite of the Indie plots to tear us apart or wear us down or make us forget after we argue about how relevant it is to be friends now without blind obligation to a shared moment of serendipity. Who wastes such a thing when most people are friends for reasons like We Were Neighbors? This is my unrequited beginning of a story. The story which slipped through my fingers because it took me twelve years to think of the right line. The one that got away because I wasn’t fishing with the right bait.

Except that’s not true. I wasn’t fishing at all. I was running. On a week day. On my lunch hour. Downtown route over the bridge and back. Headed back to my high rise office. Slowing down in my approach to the final corner. As I passed a man walking to my left he turned his head to spit. Nailed me at close range. I yelped as I took the hit. He was horrified. He hadn’t heard me approach from behind. I could tell it was an accident. He apologized. I accepted. I smiled and laughed and wiped and swiped and stood with him on the corner waiting for the light so we could both cross.

I stood there with him not hating him. Not angry or even grossed out. He was uncomfortable. We faced the same traffic signal waiting to advance in the same direction. That’s when I should have delivered my Cool Girl line. But before I could think of it or even think of anything less cool, he bailed. Crossed against the light and changed direction, faster and more resolute than he’d been walking before. Restrained panic. As if I rendered the moment unbearable by not freaking out and thus he must get away from me. Out of my life; out of my story of How We Met.

And maybe in an Indie film the chance would be salvaged when we’d be thrust back together unexpectedly in an elevator or at a wedding or as volunteers on a crisis response team. Upon being reunited by circumstance we’d stare dumbfounded until I broke the ice with that line. And we’d go from there, building the unlikeliest of friendships. But no, we have never gotten a second scene together and so much time has passed I surely wouldn’t recognize him. So the only hope is an Indie film where people confess things like this around a beach bonfire and someone speaks up from the group to say, “Oh my god. I think that was me!”

We’d throw out details to be sure, challenging each other until it was confirmed. The group would go silent as we did two or three varieties of How Is This Possible and I Can’t Believe This and This Is Crazy. And we’d go from there. Maybe it would be one of those Indie films in which the leads are not young and beautiful anymore. Which would be better overall because the friends we already have would create tons of tension with their disapproval and distrust. And we’d have secrets and pressures and well-established lives which must now accommodate the unlikeliest of friendships.

Or maybe it would be one of those Indie films where we’d hate each other until we didn’t. Some character listening to me vent would ask, “How in the world did you even meet him?” You see what I mean? I’d have that story to tell even if we ended up frenemies. A cold day downtown. Corporate cubicle dweller breaks out for midday relief from the grind because her commute back to the ‘burbs eats up all the daylight. City fellow heads across town on foot to prep for his night gig wearing his backpack and ear buds. Up the hill to Fourth and Capitol.

He’s yawning and leaning into the incline to stretch his back. She’s checking her watch and slowing her pace. He nonchalantly eyes cross-traffic. She glances at the back of man walking ahead on the sidewalk. Closer, closer, closer. As she pulls astride he turns his head to the right. He spits just as a woman appears out of nowhere on his right. It lands all over her left arm and shoulder. Blech. An incomparable How We Met Story. If she speaks up before he runs away.

But I didn’t. I wonder if he tells it differently or even tells it at all? It’s not something one forgets no matter which side of the spit you stood. Will I ever hear him tell it in a podcast or see it buried in a long thread of Tweet replies? The social net can help anyone find anyone these days, even if all you’ve got to go on is same place at the same time and something unforgettable, like a spitting. An Indie film about one of us trying to find the other could also work. Especially if one of us is less than thrilled to be found and publicly identified as the spitter. These days it would probably get reduced to just another dust-up over race and gender and privilege and the magic would be lost because we were polar in all these aspects.

I changed jobs recently. Moved to a new office. Hung things. Bought a rug. Sharpied my name on the oat milk in the common fridge. Even though it is still months away I began scouting lunch hour running routes for the winter. Because I am a planner. I thought of him and us and the events of that day. Because I am an archivist. I thought of the line I should have spoken and the chance I missed. Because I am a narrator. Twelve years after the initial encounter I am still writing alternate endings. Because the one that got away won’t go away.